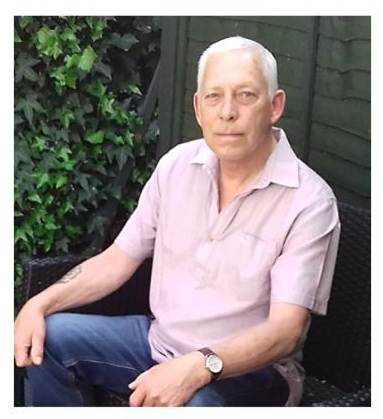 David F Burrows was born and raised in Suffolk. He lives there to this day with his wife Jenny. They have two grown up daughters and three grandchildren.

David began writing from a very early age in several genres. Having had a few short comedies published over the years he still looked on his writing as a relaxing fun hobby while concentrating on his career and raising a family. Working in a variety of industries brought him into contact with a host of colourful characters who helped nurture his positive outlook on life along with his often-wicked sense of humour.

Now that he is retired from lecturing and training in the food industry he has had a lot more time to take his writing seriously. The result is: Fish Bone Alley; a series of short to full length off the wall dark comedies set mostly in the slums of Victorian London and revolving around two Scotland Yard detectives. Inspired by Arthur Conan Doyle’s, Sherlock Holmes and other Victorian detective heroes David has added his unique style of humour to his stories to present the reader with easy to read, very different tales of murder and mayhem that are addictive and guaranteed to aid your escape into another world.